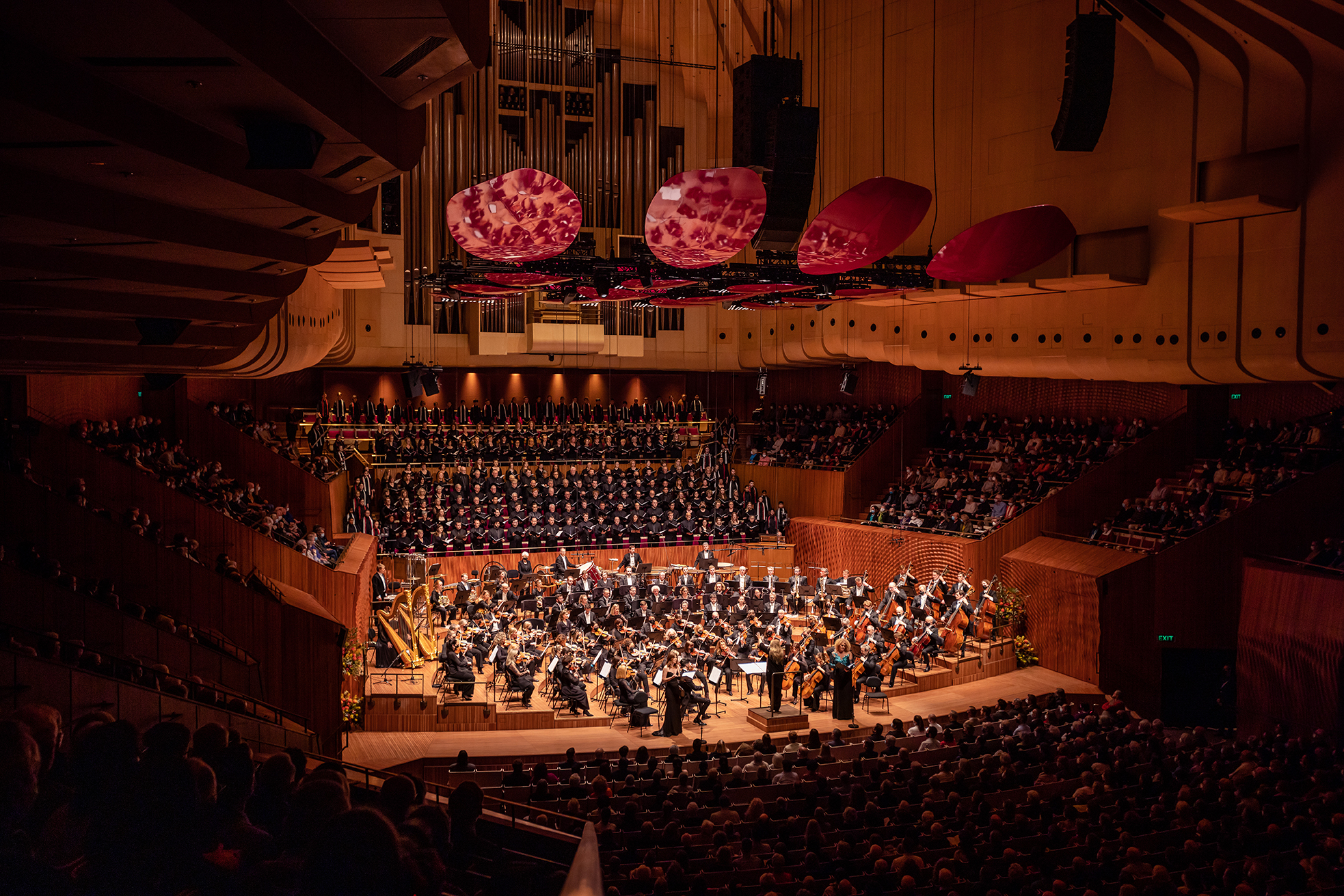 July 2022 witnessed a significant moment – the reopening of the Sydney Opera House Concert Hall after two years of refurbishment to improve the acoustics as well as the access to the venue. To celebrate this milestone, the Sydney Symphony Orchestra commissioned First Nations composer William Barton to compose a new work, Of the Earth. Gondwana and Lyn Williams have longstanding artistic relationships with the Opera House, the SSO and William Barton and so it was an honour for the Sydney Children’s Choir and the Gondwana Indigenous Children’s Choir to be included in the new work, alongside Sydney Philharmonia Choirs, led by the SSO’s newly appointed Chief Conductor, Simone Young.

The Gondwana Indigenous Children’s Choir travelled from Cairns and spent the week in Sydney, rehearsing with Sydney Children’s Choir and the combined forces at the Opera House. The work weaves together English and Kalkadunga texts amongst the diversity of instrumental colour with orchestration by Jessica Wells (another longtime friend of Gondwana).

A significant feature of the children’s choir part was playing clapsticks which had been made from timber from the old and new stages of the Concert Hall by four Indigenous and non-Indigenous craftspeople. Our choristers mastered not only the rhythmic complexities of the part but also the associated dramatic movement specifically designed by Lyn Williams. Before the first performance, the choir participated in a smoking ceremony where the clapsticks were cleansed by Gadigal traditional custodians.

The choirs gave five performances, one of which was broadcast live on the ABC (watch here).