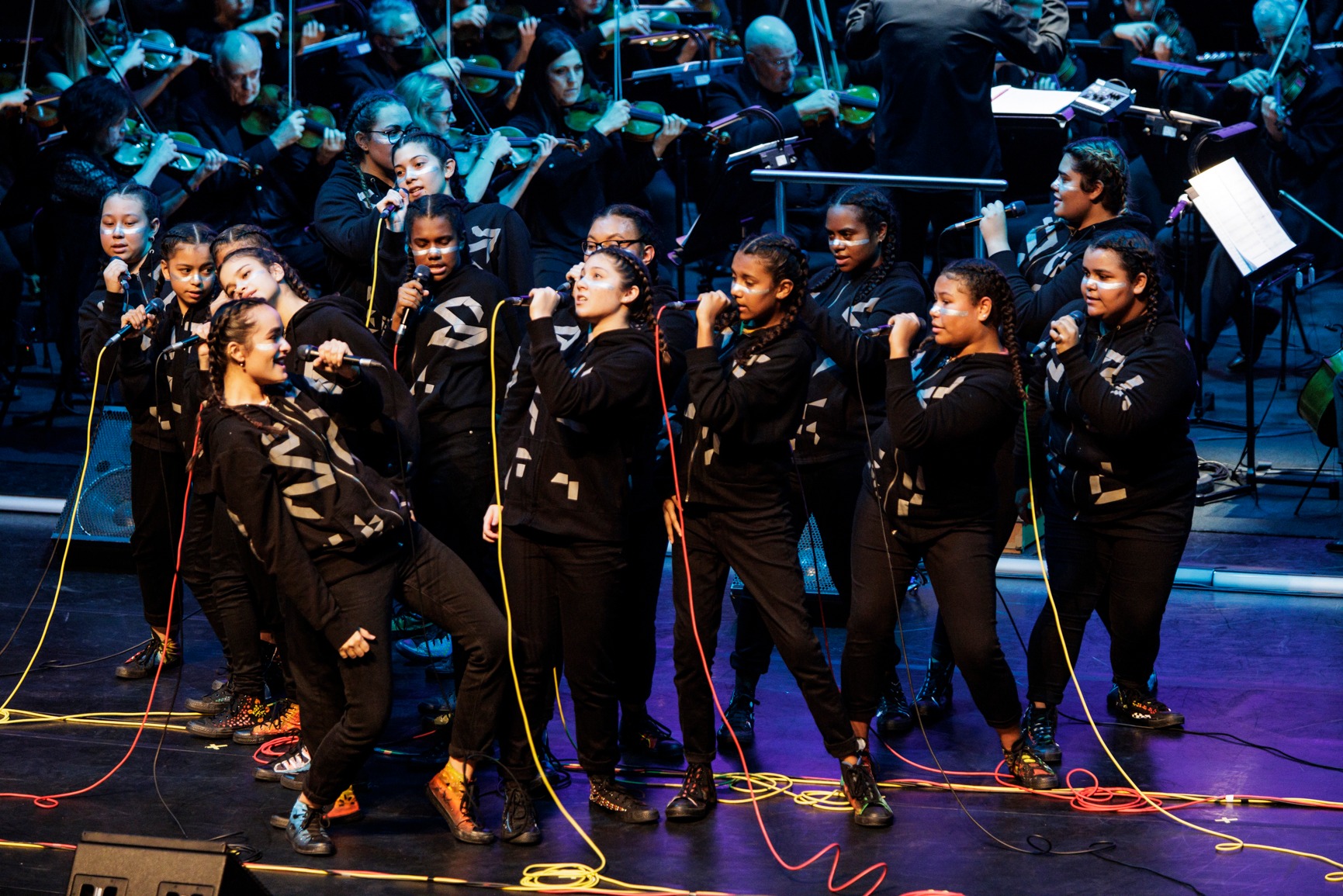 Spinifex Gum has been hailed as ‘a must see musically, culturally, politically and spiritually. It is the best live act I’ve ever seen’ (Xpress Magazine). At its heart is the performance of Marliya, our ensemble of First Nations young women from Cairns led by Lyn Williams – as a show, it has received critical acclaim at almost all the major Australian festivals.

In July, the project expanded in an exciting new direction with the addition of a full symphony orchestra. On 9 July, Marliya joined forces with the Melbourne Symphony Orchestra and conductor Benjamin Northey as well as Gondwana Voices to give two performances of MSO+Spinifex Gum. The show’s unique electronic sound world, built from samples of field recordings in the Pilbara was augmented by the colours of the orchestra, brought to life in new arrangements by Ross Irwin. The concert also included the premiere of a new song ‘Gannalili’, a powerful new song by creative director Felix Riebl with new visuals by Dominic Allen and choreography by Deborah Brown.

The presence of a 60 voiced Gondwana Voices added another new sonic dimension. Deborah Brown worked with former Marliya member Lara Miller to devise choreography especially for GV taking full advantage of their position in the choir balcony, flanking both sides of the stage. Emma Donovan joined the stage for performances of ‘Make it Rain’ and ‘My Island Home’, both incorporating First Nations language.

The immediate standing ovations for both performances spoke of the power of the artistry. We were thrilled to be part of the MSO’s celebration of NAIDOC week in such a powerful way and look forward to the future of this new symphonic version of Spinifex Gum.

You can read a profile of Marliya in the MSO’s Encore magazine here: https://www.mso.com.au/support-us/memberships/encore