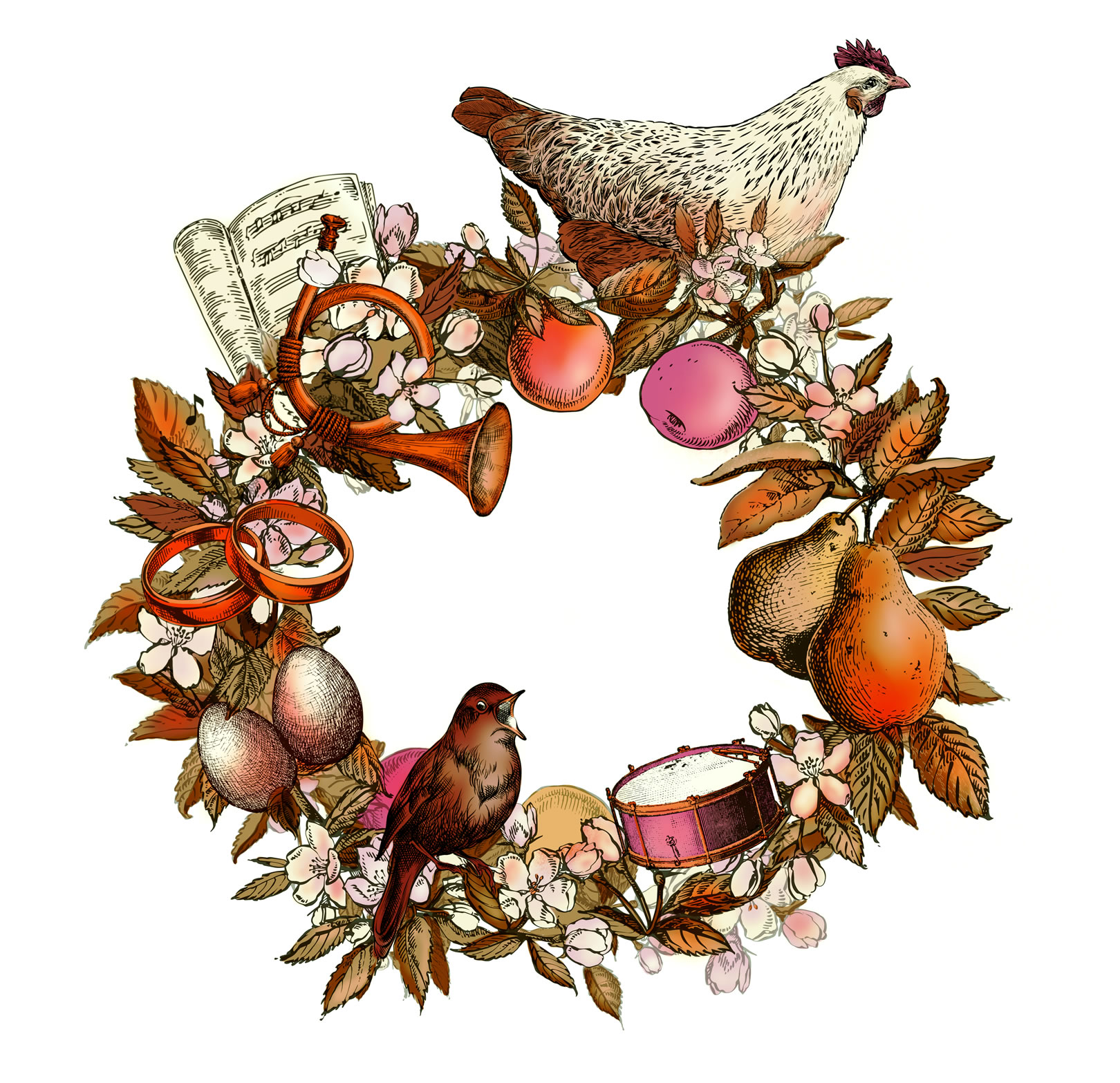 Voices of Angels – A note from Sam Allchurch

In many ways, Christmas involves a lot of counting – one only needs to think of the tradition of an Advent calendar, counting down the days until Christmas to be reminded of the sense of excited expectation which surrounds this time of year. There are many carols which refer to numbers or counting in one way or another, the most of famous of which is surely The Twelve Days of Christmas which forms the inspiration for this program.

We begin with Jesus Christ the Apple Tree – a single voice, a ‘partridge’ singing from a fruit tree. Benjamin Britten’s Ceremony of Carols is one of the iconic work for young voices – Spring Carol, a beautiful duet about birds evokes the two turtle doves of the second day, and Wolcum Yole! celebrates the Christmas season with wonderful old English text, the three parts of which moves us on nicely to the third day. Here, we enjoy some Australian music: I Saw Three Ships in our house arrangement by Owen Elsley and the much-loved carols of William James, the Ballarat local who became the first Director of Music for the Australian Broadcasting Commission. We return to Britten for the fourth day with his beautifully simple song, The Birds, which begins with the line ‘When Jesus Christ was four years old.’

In 2018, Lyn Williams started a series of commissions for Sydney Children’s Choir titled Moments That Shaped Australia, with each piece reflecting on a significant moment as chosen by the choristers. We are delighted to give the world premiere of the next installment in this series with a piece by Sally Whitwell, our Principal Pianist and established composer. Marriage Equality is something that many of choristers felt very passionately about and so it seemed the ideal next ‘moment’ and Sally the ideal composer. The piece is rich in musical symbolism – principally expressing the idea of five gold rings in a set of interlocking fifths (C-G, B flat – F) in the choral part. The rhythmic drive of the piano part conveys something of the relentless nature of the campaign and the drive required to achieve positive change.

The twelve days of Christmas includes a rather large number of birds – partridges, turtle-doves, French hens, calling birds, geese and swans. For the swimming swans we could not resist including Elena Kats-Chernin’s underwater fantasy, Deep Sea Dreaming, premiered by the choir at the Opening Ceremony of the Sydney Olympics. Caldwell’s arrangement of the African American spiritual, Go Where I Send Thee forms a nice pair with the Twelve Days of Christmas – recounting twelve biblical stories from the baby Jesus, two by two for Paul and Silas, three Hebrew children, four gospel writers, five loaves of bread, six days of creation and so on.

Movements from William Mathias’s 1982 carol sequence Salvator Mundi form a prologue to the second half of the concert – here we have left behind our flocks of birds and see the joy of people enjoying the festive season – ladies dancing, lords leaping, pipers and drummers making music. The dance of the nine ladies is both energetic in Tomorrow Shall be My Dancing Day by Gardner and elegant in the beautiful art song Come Sing and Dance by master of the genre, Herbert Howells. The tenors and basses function as our ten lords in Michael Leighton Jones’ The Lord That Lay in Asse Stall, whose medieval text, modal harmonic inflections and harp accompaniment hark back to Britten’s Ceremony of Carols, followed by Adam’s much-loved O Holy Night.

Christmas would not be complete without some John Rutter – having heard the paradise bird and instruments of King Jesus Hath a Garden, we now hear the pipes of the shepherds outside Bethlehem, before a new arrangement of Little Drummer Boy by Owen Elsley which has a French twist at the end. We conclude with the premiere of Joe Twist’s The Twelve Days of Christmas. This carol of French origin first appeared in England in 1780 but the tune with which we are now familiar was published in 1909 – it has been suitably reinvented for us in 2019. We hope you enjoy Voices of Angels, The Twelve Days of Christmas. 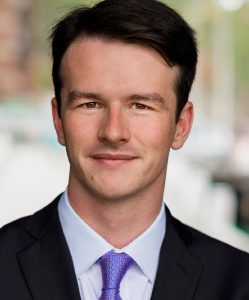 Recognised as a leading conductor of choirs in Australia, Sam Allchurch is Associate Artistic Director at Gondwana Choirs, where he works closely with Lyn Williams AM. He directs the Young Men’s Choir and works with Gondwana’s treble ensembles, having prepared them for performances with the Sydney Symphony Orchestra and Opera Australia. Sam played a key role in presenting the Gondwana World Choral Festival in July 2019.

In 2019, Sam Allchurch succeeded the late Richard Gill AO as Music Director of the Sydney Chamber Choir, and leads the ensemble in three subscription concerts incorporating music from the fifteenth century to today. In September 2018, Sam was appointed Director of Music of Christ Church St Laurence, where he conducts the choir which dates back to 1845. This choir sings music of the Anglican choral tradition within the services offered each week within the historic church, including high mass and choral evensong every Sunday and for festivals of the church’s year.

Recent guest appearances include City Recital Hall’s Flash Mob Choir, Festival of Voices (2019) and the Combined Schools Music Festival (2017), Sam holds a Bachelor of Music from the University of Melbourne and a Master in Music (Choral Studies) from the University of Cambridge. His studies in Cambridge with Geoffrey Webber and Stephen Layton were supported by a scholarship from the Bill and Melinda Gates Foundation.