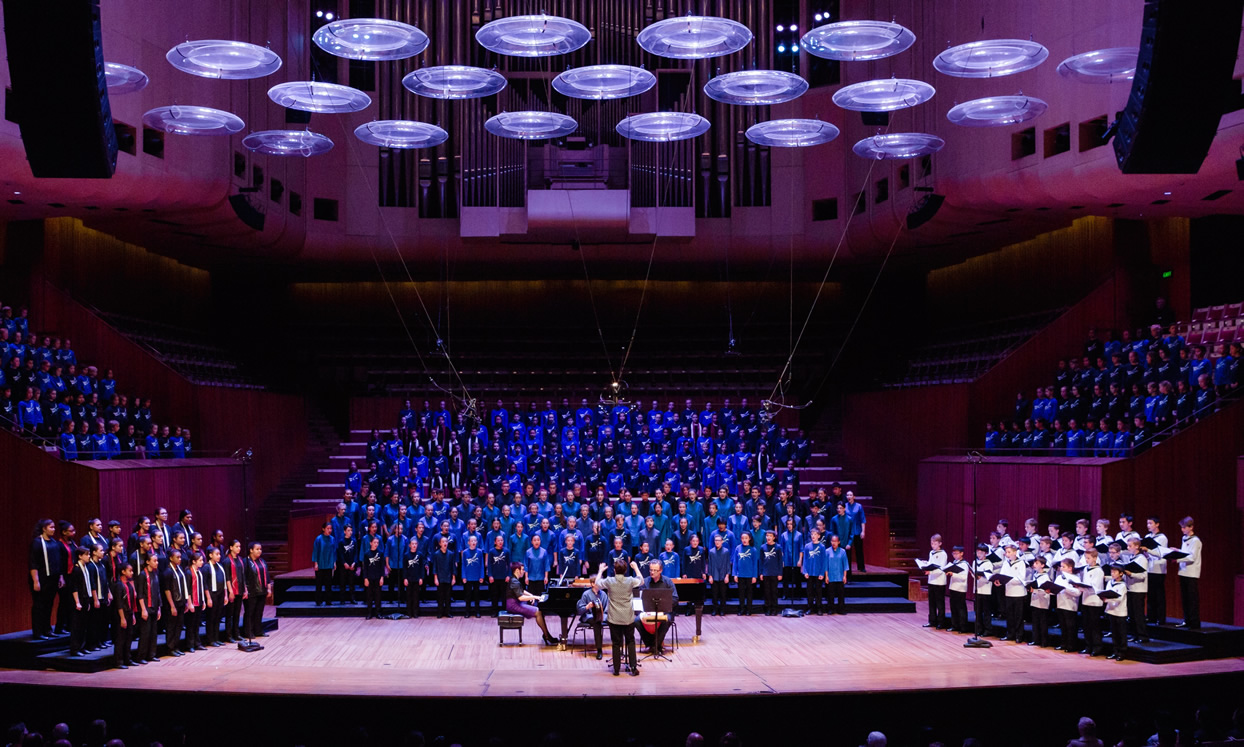 Gondwana Choirs has been announced as a finalist for this year’s Art Music Awards along with Sandy Evans, Andrea Keller, Barney McAll, Carl Vine, Move Records and The Australian Art Orchestra.

Gondwana has been recognised for its 2017 Songs of My Country collaboration with the Vienna Boys Choir Award for Excellence by an Organisation.

The ground-breaking project created by the organisation’s Artistic Director Lyn Williams OAM, drew together the Vienna Boys Choir and the Gondwana Indigenous Children’s Choir juxtaposing a choir whose choral heritage dates back several hundred years with a group who represent a culture tens of thousands of years old.

The project evolved to include the world-class Sydney Children’s Choir in the performance of Songs Of My Country in Sydney and Cairns, a showcase of a remarkable trilogy of choirs.

More than 5,000 people attended Songs of My Country in October to be mesmerised by the Vienna Boys’ Choir, the Sydney Children’s Choir and Gondwana Indigenous Children’s Choir.

Winners of eleven national categories and state/territory categories will be unveiled on Tuesday, August 21 at Melbourne’s Plaza Ballroom.