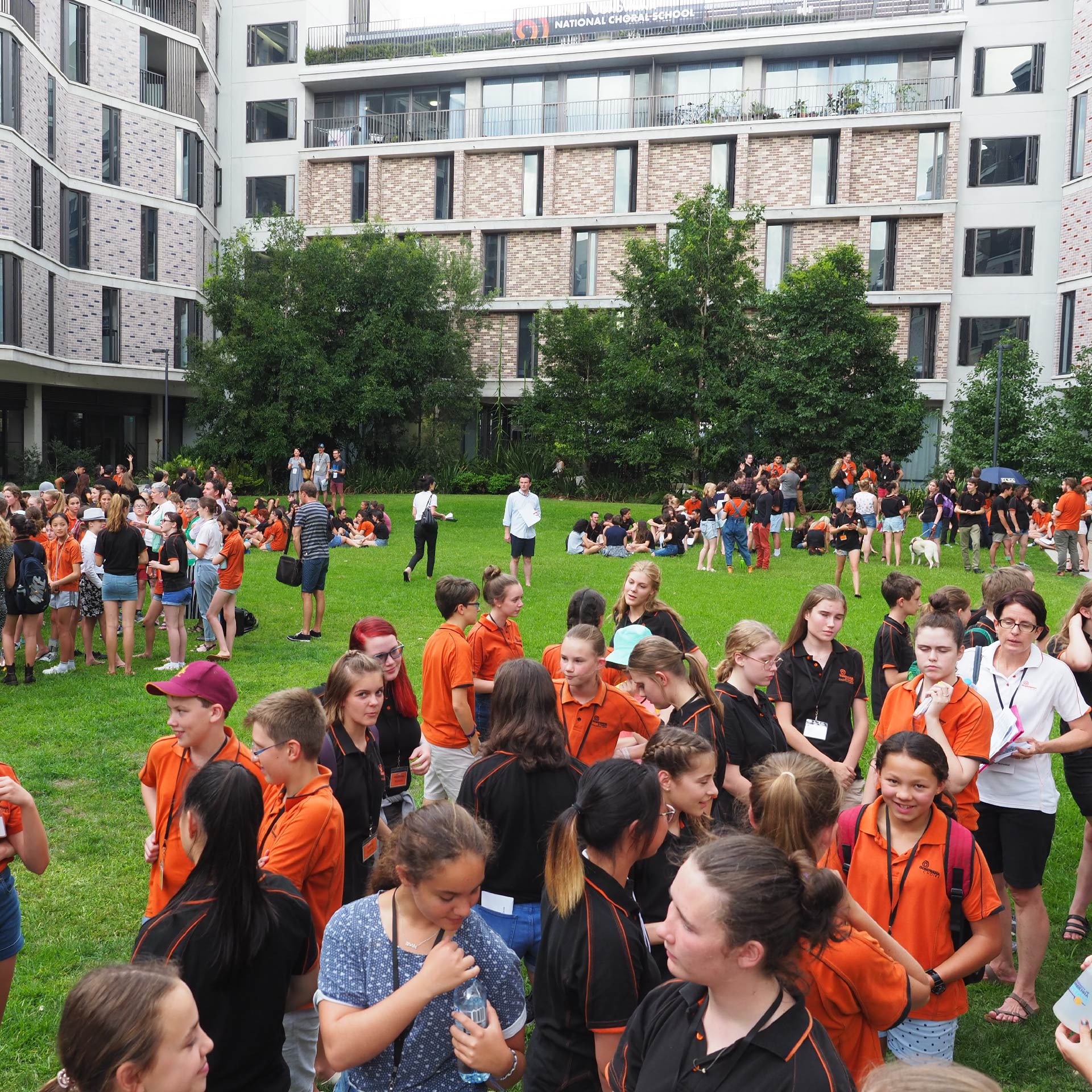 Each January, the Gondwana National Choral School brings together talented singers, composers and conductors from all over the country for an unforgettable, intensive, two-week Sydney season.

This amazing choral experience marks the beginning of a year of National Choral Projects which which take in Invitation to Berlin, Gondwana World Choral Festival, the annual Voices of Angels concert, Gondwana Chorale UK and Eastern European tour, and Gondwana Composer School and Conducting Academy.

National Choral School is hosted at the University of New South Wales where choristers enjoy excellent rehearsal spaces, performing venues and campus accommodation. The summer School culminates in Festival of Summer Voices – four days of public performances. The Festival runs concurrently with the NCS Symposium – three days of professional development activities for music educators along with workshops that offer the public a taste of NCS.

Founded by Gondwana Choirs’ Artistic Director Lyn Williams OAM in 1997, National Choral School is an inspiring gathering place for lovers of choral music. “For almost as long as we have held National Choral School, there has been an appetite from lovers of choral music to be part of this incredible season of music-making,” says Lyn. “So it’s a great pleasure to open our doors in a meaningful way, enabling people to immerse themselves in the choral art form.”

Update: On 24  July, internationally acclaimed conductor Simon Halsey CBE was officially announced as guest artist for 2019. He is the trusted advisor on choral singing to the world’s greatest conductors, orchestras and choruses, and an inspirational teacher and ambassador for choral singing.

This year’s vibrant set of NCS Electives, sees students offered choices such as Music Theatre with Alexander Andrews. a cappella with Naomi Crellin, Indonesian Dance, Javenese Gamelan and Vocal Music, the ever popular Taikoz with Ryuji Hamada and Kerryn Joyce, music therapy with Bonnie Nilsson and Music Media with Hamish Boyd. Applications are now open for NCS 2019 and its associated projects. More info.