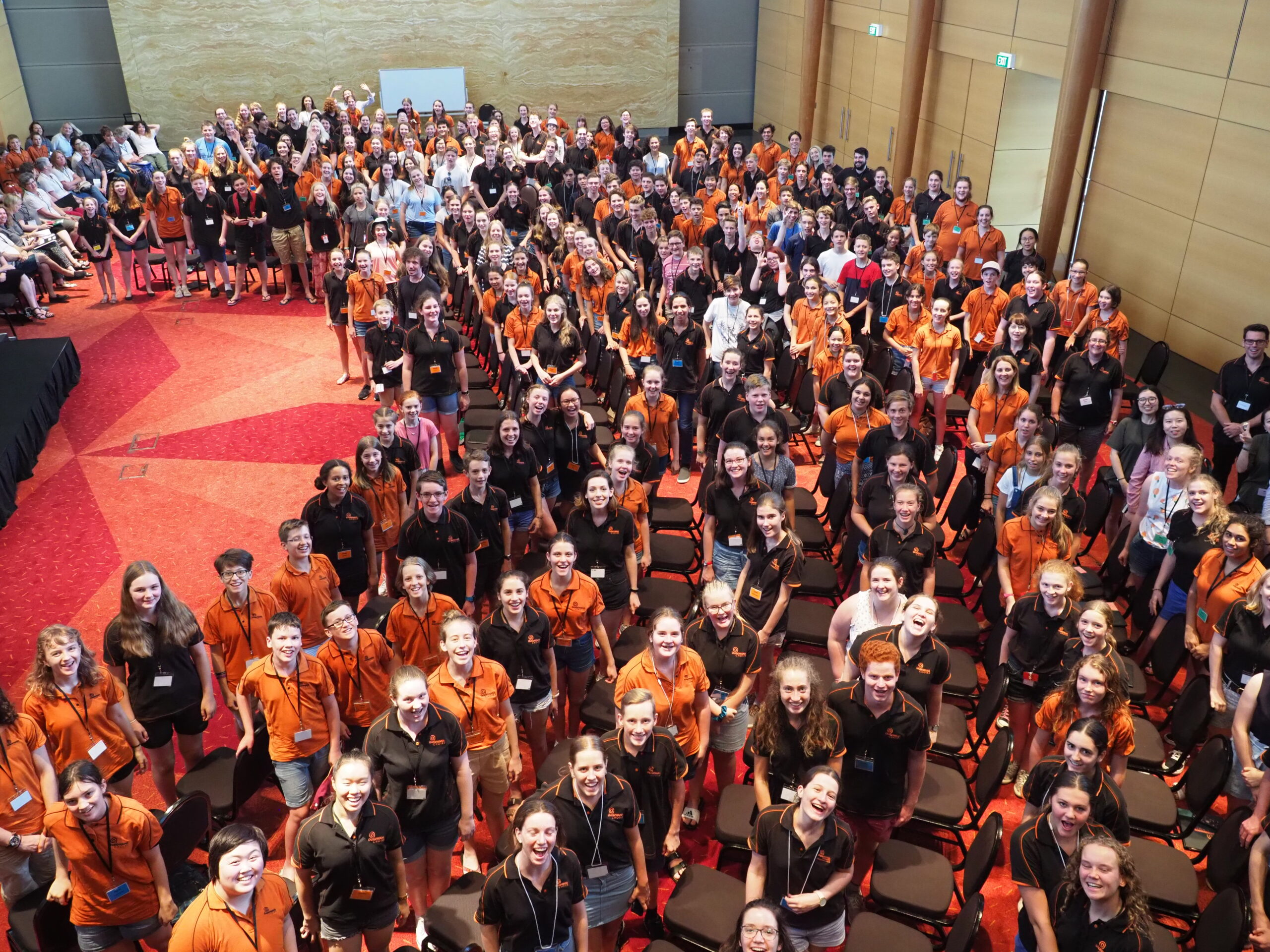 National Choral School and the Festival of Summer Voices 2018

National Choral School was a resounding success this year – thank you to all of the choristers, family, staff and other participants who helped make this experience so rewarding! As in 2017, UNSW has been an invaluable partner in presenting this program to more than 300 choristers, representing every state in Australia. As one member of Gondwana Singers commented, “It’s more than just amazing music, it’s lifelong friends and priceless memories.”

The singers formed five choirs, each of which worked hard to create their own unique sound. Led by a fantastic team of similarly national conductors and pianists, the singers engaged in repertoire from around the world. The Composer School, led by Antony Pitts, hosted seven young musicians, who wrote for the choirs and our Ensemble in Residence, the Song Company. Led by Graeme Morton, the Conducting Academy gave 11 conductors the chance to work intensively on their technique and craft, in group sessions and masterclasses with the choirs. National Choral School would not be possible without our team of dedicated conductors: Gondwana Choirs founder and artistic director Lyn Williams (Gondwana Voices), Mark O’Leary (Gondwana Voices), Paul Holley and Carl Crossin (Gondwana Chorale), Kate Albury and Amandine Petit (Junior Gondwana), Paul Jarman and Kim Sutherland OAM (Gondwana Novus) and Christie Anderson and Rowan Johnston (Gondwana Singers).
With four concerts over four days, UNSW’s Clancy Auditorium was a central hub for The Festival of Summer Voices, at the conclusion of NCS. We are also proud to have premiered two new works, Lie Light Dear Heart from Kenneth Lampl and Gather the Stars from Australian composer Daniel Brinsmead. In a first for NCS, we livestreamed the final concert on 20 January. In addition to almost 1,000 people seated in the auditorium, we are pleased to report that the livestream was viewed more than 20,000 times across Australia and internationally, either in real time or during the following week.
New to National Choral School this year were our special performance projects, covering a wide range of musical styles, including musical theatre, the songs and dances of Indonesia, composition, taiko drumming, Renaissance consort singing, creating evocative soundscapes, music of the Classical period and traditional music of Eastern Europe. Choristers had a fantastic time exploring musical worlds outside of their regular choral repertoire – as one chorister stated, “Singing has always been an important part of my life, and being a part of Gondwana’s Eastern European Special Performance Project this year meant that I was able to explore unfamiliar vocal techniques used in Bulgaria. Learning how to reproduce this fascinating style of singing taught me more about the general mechanics of vocal sound production than I ever could have imagined!” The second concert of the festival, Explorations on Thursday 18 January, highlighted these styles and skills. The public was invited to join in for Choral Explorations on 19 January, a full day of Indonesian dance, taiko drumming and Eastern European singing, culminating in everyone coming together to form an impromptu choir. Thank you to our special performance instructors: Alexander Andrews, Carl Crossin, Ryuji Hamada, Christopher Harley, Peter Hayward, Paul Holley, Paul Jarman, Mara and Llew Kiek, Antony Pitts, Suara Indonesia Dance, Joe Small, Kim Sutherland and Sally Whitwell.
More than 40 educators joined us for our three-day Choral Ideas Symposium, receiving a NESA-accredited professional development experience, while learning from top choral experts from across Australia. Thank you to Liz Vierboom, Graeme Morton, Lauren Hannay, Antony Pitts and Brett Weymark for leading sessions during the symposium.
It is incredibly rewarding for everyone at Gondwana Choirs to hear beautiful singing from our talented and dedicated choristers. More important, though, is the wonderful energy of passionate young people, ranging in age from 10 to 25, coming together to share their love of music with friends both new and old. We regularly hear comments that music is “my life,” “essential,” “my world” and “everything” – that is what National Choral School is all about, and we’re looking forward to another great program next January!