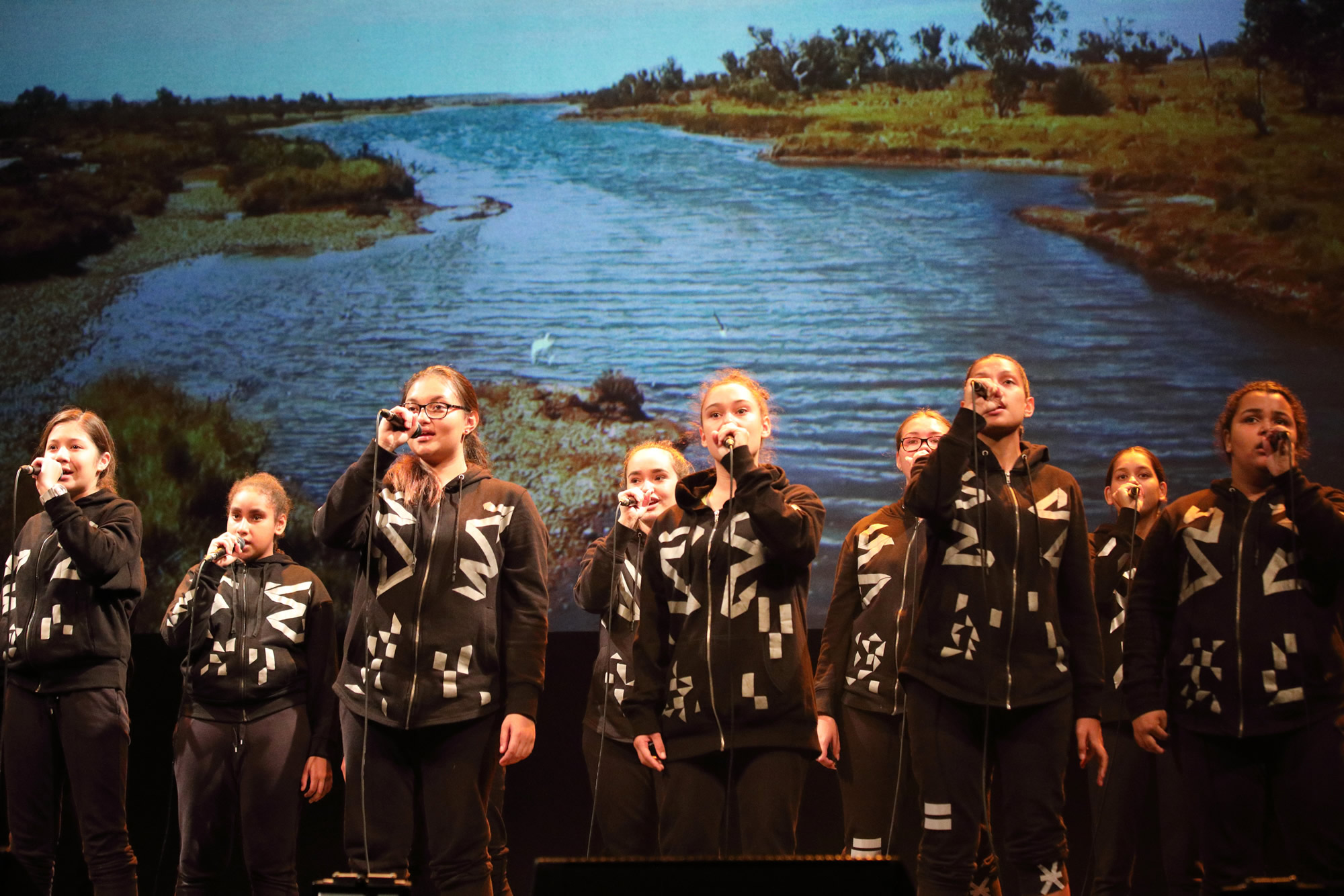 Marliya to Sing at Invictus Games

Gondwana’s Marliya Choir will be amid a star studded-lineup that has been announced for the Invictus Games’ Closing Ceremony.

Marliya will be performing music from the Spinifex Gum album and sharing the stage with the likes of Aloe Blacc (US) and with his multi ARIA award-winning band Birds of Tokyo, NAIDOC award-winner Chris Tamwoy, Colin Hay and The Kingdom Choir (UK).

Gondwana Choirs’ Artistic Director, Lyn Williams, said that it was a wonderful recognition of Marliya’s accomplishments to be invited to perform again at a major event with such a talented group. “Marliya will be sharing the night with a great line up of artists. It is pretty exciting to be singing at the Closing Ceremony of the Invictus Games.”

The group’s recent performances have included this season’s AFL Dreamtime At the G and they enjoyed a standing ovation from the audience at the National Gallery of Victoria which included Richard Branson.