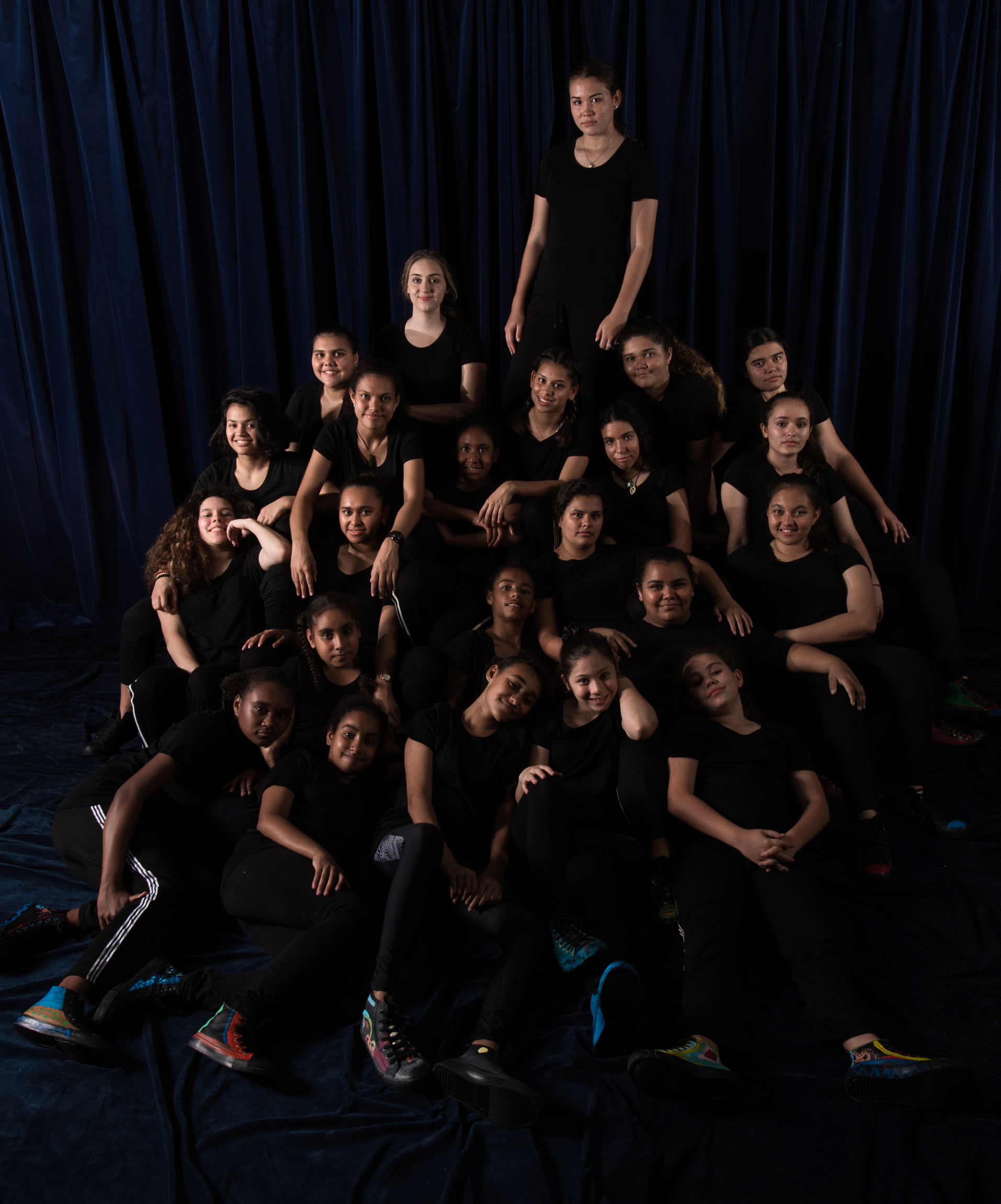 Marliya is a group of young Indigenous singers based in Cairns, whose music goes straight to the heart. Born out of a collaboration between Gondwana Choirs and Felix Riebl, these young women sing with a warmth and richness that belies their age. Marliya inspires and uplifts with a unique mix of joy, passion and humour.
In 2015, Gondwana Choirs commissioned a new work from Felix Riebl, premiering Spinifex Gum – a song cycle at National Choral School 2016, performed by the Gondwana Indigenous Children’s Choir and the Gondwana National Choirs. In order to write the work based on the majestic and complex Pilbara region of Western Australia, Felix visited the Pilbara three times, meeting and developing relationships members of Indigenous communities in Karratha and Roebourne. On one trip, 35 Indigenous choristers joined him, performing as part of the Red Earth Arts Festival.
“First and foremost, it was about trying to write for these teenagers who had an incredible atmosphere as a choir; a very raw sound about them. They’re very disciplined, but they had a more interesting and earthy sound than any choir I’d ever heard,” he says. “They really pride themselves on singing in language; it’s a big part of what they wanted to do. So I was faced with a challenge, being a non-Indigenous songwriter, of writing something that was genuine for me, and genuine to them, and respectful to the place I was working in.”
The original 30-minute song cycle explores some of the aspects of life in the Pilbara, particularly for Indigenous people, and incorporates Yinjabarndi language. Over the next two years, Felix and his partner Ollie McGill would add more works, expanding Spinifex Gum into a full album, to be released in October 2017.
“This work was a personal triumph for me as a composer and was only possible due to the strong partnership with Lyn Williams and her Gondwana Choirs. It represents, however, the first half of a larger work which needs a second half. This second half, of similar length, would take the work to new levels in two major respects: first, it would enable me to explore a wider range of aspects of life in the Pilbara than possible in just 30 minutes. Furthermore, it resulted in a complete work of approximately 60 minutes, which would enable the work and the incredible talent of Marliya to be heard across the country and around the world.”
Spinifex Gum is a powerful and sonically innovative project that entwines creative voices from the length, breadth and depth of Australia to mine the heart of its land, its people, its history and inevitably its politics. The album features guest vocalists Adam Briggs, Peter Garrett and Emma Donovan in a song cycle reflecting the dramatic contrasts of the Pilbara region of northern WA. The unique musical landscape of Spinifex Gum comprises treated field recordings, programmed rhythms, organic instrumentation and above all, the overarching power of human voices, bearing stories crying out to be heard.
Photo credit: Emmaline Zanelli