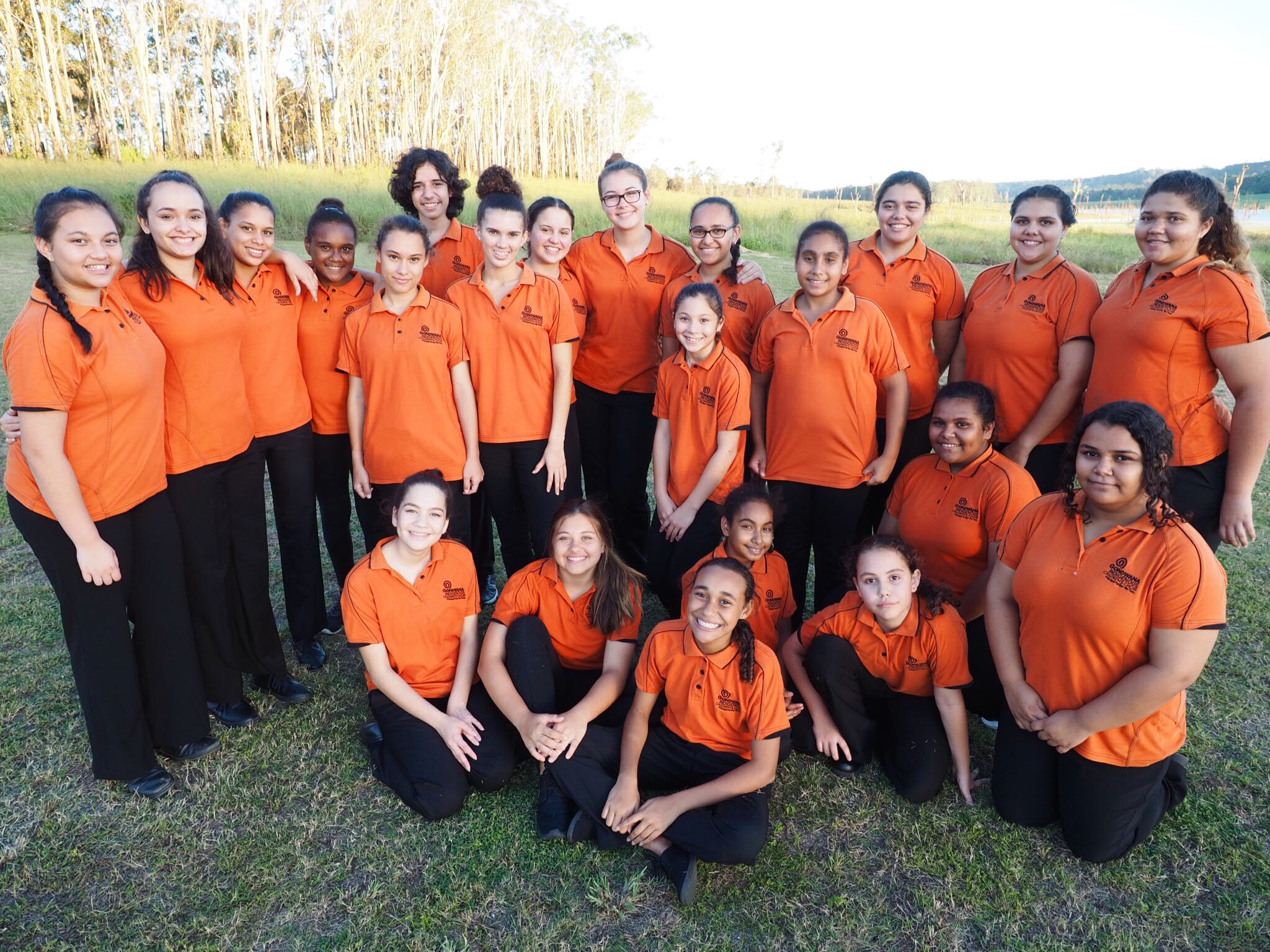 Gondwana Indigenous Children’s Choir undertake their first major European tour as part of the Vienna Project. They will be in Europe for two weeks, beginning in Frankfurt for workshops and concerts with The European School, followed by Mariobor, Slovenia with the renowned girls’ choir Carmina Slovenica. After Maribor they travel to Vienna,where they will begin rehearsals of a new work by the Australian composer Owen Elsley that they will perform with the Vienna Boys Choir in October in major concerts at the Sydney Opera House and Cairns Convention Centre.
EUROPEAN CONCERTS
Saturday 6 May at 7,30pm Liebfrauenkirche, Frankfurt
Monday 8 May at 7pm Unionska Dvorana, Maribor
Saturday 13 May at 11am MuTh, Vienna
Sunday 14 May at 11am MuTh, Vienna
In October this year, Gondwana Indigenous Children’s Choir’s collaboration with Vienna Boys Choir continues in Australia with rehearsals and performances in Sydney and Cairns. The concerts will feature the world premiere of a work by Owen Elsley and collaborator Gudju Gudju based on a Dreaming story of the Yidinji nation in the Cairns region for the combined ensembles. The commissioning of this work was made possible by a grant from Cairns Regional Council.
Update:
The Vienna Project was Gondwana Indigenous Children’s Choir’s first major international tour and to make the most of this incredible opportunity for our young choristers from Cairns, two other important stops were included in the itinerary. First stop was Frankfurt (via Sydney and Dubai) to Frankfurt, where the choir undertook a residency at the European School Frankfurt, whose students represent more than 16 European countries. The first full day in Frankfurt included a workshop with students from the school and a sour of the Roman remains and forest in outlying Saalburg. On Saturday 6 May, the choir prepared for its first European concert, with the choir of the European School, at the beautiful Gothic Liebfraukirche in the historic centre of Frankfurt.
The next destination was Slovenia by way of a short flight to Graz and a picturesque coach ride to Maribor, the country’s second largest city. Maribor is home to the renowned girls’ choir Carmina Slovenica and after a morning workshop and rehearsal, both choirs performed at the restored 19th Century theatre Union Hall.
After farewells to the generous host families, the choir once again enjoyed the incredible scenery on the coach to Vienna. Wednesday 10 May was designated as a sight-seeing day, including the Imperial Palace, the Museum of Fine Arts, a walk through the historic city centre, the Vienna State Opera and a ride on the giant Ferris Wheel. Workshops with the Vienna Boys Choir (VBC) began on the morning of Thursday 11 May at the Palais Augarten, the home of the VBC and a private performance at the offices of Cochlear.
After rehearsals on Friday, the weekend was taken up with two performances on Saturday and Sunday together with the VBC at the MuTh, their very own concert venue. The performances were part of the VBC Mothers Day concerts and were enthusiastically received. The Vienna Boys Choir were wonderful hosts and the choristers will long remember the visits to the Palais Augarten where they not only shared music through rehearsals but meals, games and many laughs. On Monday 15 May, the choir commenced the first of the three flights to get home.
The performances featured Australian composers Luke Byrne, Alice Chance, Dan Walker, Paul Stanhope and Shellie Morris. They also introduced European audiences to the wonderful arrangements of traditional songs and dances from the Torres Strait.