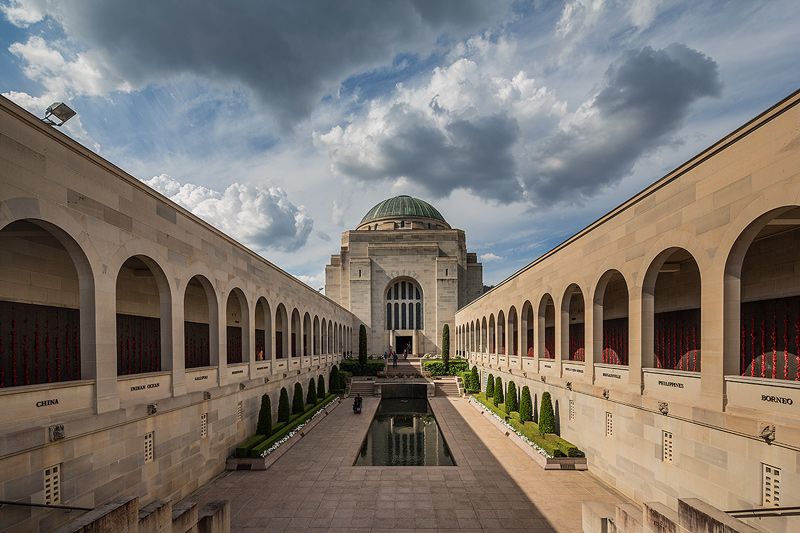 Australia in the Great War  is the Australian War Memorial’s new permanent exhibition on display in the First World War Galleries. The exhibition presents the story of Australia in the First World War chronologically, covering all major theatres of operations: Gallipoli; the Western Front; Sinai and Palestine; and the war at sea. The events taking place on the home front and the immediate and enduring legacy of the war are also included.

The Memorial holds one of the world’s great collections of material related to the First World War. The First World War Galleries integrate a wide variety of items from this collection, including dioramas and other works of art; uniforms; medals; technology such as artillery and firearms; photographs; film; and personal items such as letters and diaries.

By far the best method to experience the exhibition is using the state-of-the-art audio tour, which is activated by proximity and is provided by the Memorial. An integral and moving part of the audio tour is the songs written and recorded by choristers from Gondwana Voices and Sydney Children’s Choir that give a contemporary connection to the nation-shaping events of 100 years ago. The songs’ subjects hold special meaning to each young composer and their families, ranging from stories of relatives killed in action to a mother making the pilgrimage to the Somme many years later to see the place where her son died.

On 22 February 2015, Gondwana Sydney Children’s Choir performed at the First World War Galleries’ official opening. Artistic Director and Founder Lyn Williams OAM conducted the choir in a moving performance of In Flanders Fields in the presence of the Governor-General of the Commonwealth of Australia, His Excellency General the Honourable Sir Peter Cosgrove AK MC (Retd) and many other distinguished guests. Beatrice Tucker performed her song from the exhibition and also sang with noted Country singer Lee Kernaghan OAM.