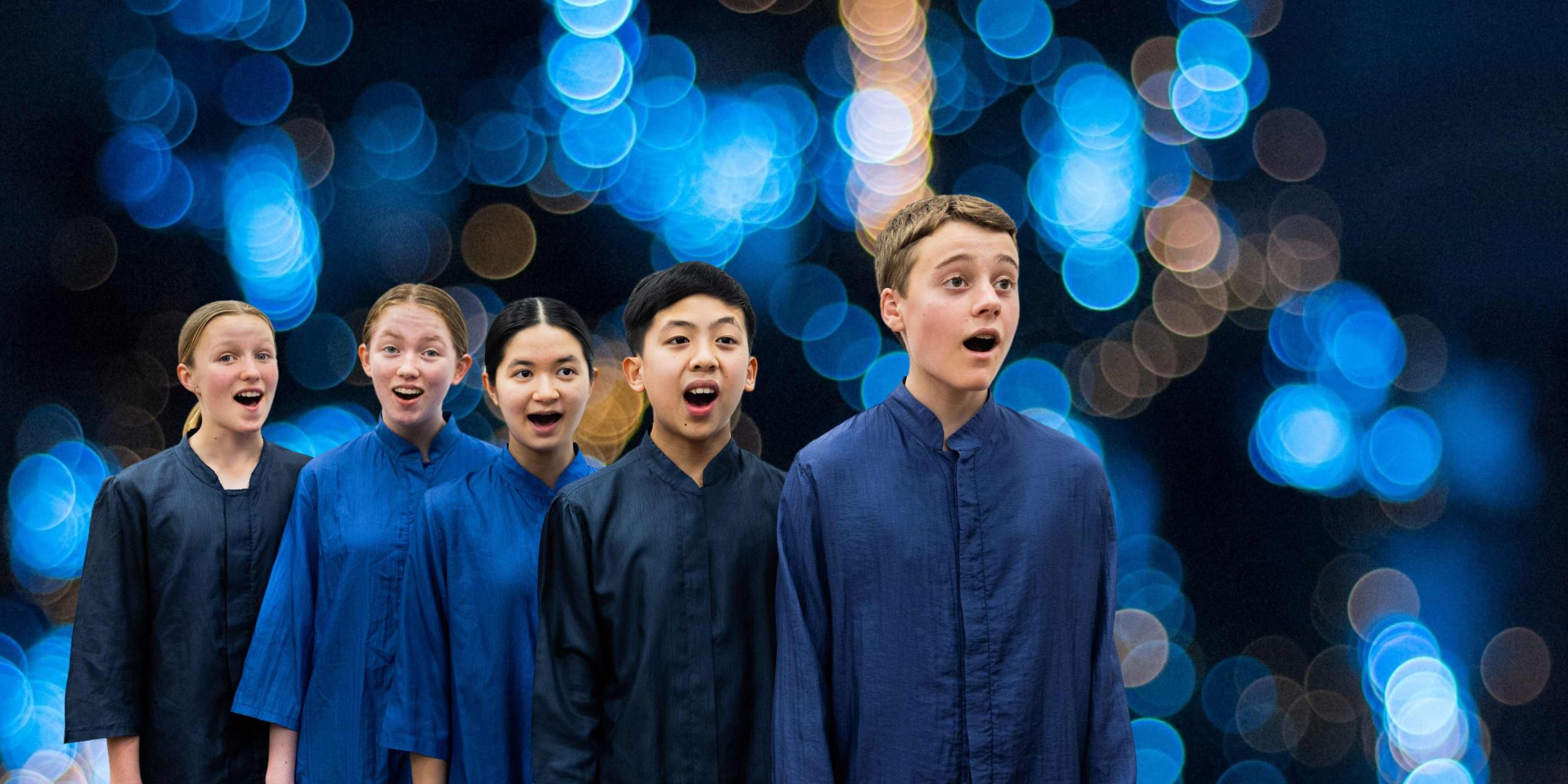 Voices of Angels: A Festive History

More information about this year’s Voices of Angels performance can be found here.

Voices of Angels has long been a highlight of Sydney’s festive calendar. Amongst the hustle and bustle of a busy December, the stuffing and stockings, and the wrapping of presents, Sydneysiders have found a gap in their schedules to sit down for an evening and be inspired. After all, there’s nothing more uplifting than hearing young people singing during the festive season.

In 2001, the Sydney Symphony Orchestra presented Christmas with the Sydney Symphony in the Sydney Opera House Concert Hall. Amongst the works on the program was Benjamin Britten’s A Ceremony of Carols. Those that know the work understand its significance – it is, after all, to childrens’ choirs what Beethoven 9 is to the symphony. Renamed Symphony of Angels, the concerts with the Sydney Symphony ran until 2005 with many highlights including Christopher Gordon’s Peace on Earth which has since become a signature work of the choirs (including a performance as the finale of the Gondwana World Choral Festival at the House in 2019). In 2004, Lyn Williams conducted the orchestra and combined choirs in a program that included the premiere of Elena Kats-Chernin’s Butterflying, and again in 2005 with a program that included Howard Blake’s Walking in the Air.

2006 marked the beginning of a new life for this festive celebration, and our very own Voices of Angels was born, with a performance to a packed City Recital Hall. Every chorister of the Sydney Children’s Choir was involved (Mini Singers included!), and the first thing on the program was none other than Britten’s A Ceremony of Carols, for the first time, performed in full, with harpist Genevieve Lang.

Over the years that followed, Voices of Angels became part of Sydney’s cultural calendar. The orchestra which accompanied the choir for the second half would always include an ever-growing fleet of Gondwana parents, friends, and alumni, including members of the Sydney Symphony Orchestra, the Australian Chamber Orchestra, and the Australian Opera and Ballet Orchestra (now Opera Australia Orchestra).

The concert took audiences on a musical journey through South American music in 2011, in a collaboration with guest ensemble Tigramuna. Their forces include traditional South American wind instruments, saxophones, charango, percussion, and clarinet. The cover photo for the program booklet was shot outside City Recital Hall and included a live donkey, lovingly borrowed from a nearby Kinderfarm. To get the perfect photograph, choristers walked across the pedestrian crossing on Pitt Street, donkey in tow, much to the amusement of the onlooking city dwellers. Lead guitarist Carlos Villanueva’s arrangement of Burrito de Belen brought the house down, only to be backed up by a syncopated, upbeat rendition of Hark! the Herald Angels Sing.

The following year, our Principal Pianist, Sally Whitwell, was the soloist. Following on from the success of her award-winning ABC Classic albums, she performed three of her own works, including a concerto for toy piano – Downsized– from the stage of City Recital Hall. Her setting of Ring Out Wild Bells included in its instrumentation choristers playing colourful bells, performed amongst a wealth of colourful craft which adorned the front of the stage.

In 2013, preeminent Australian chamber ensemble, the Goldner String Quartet, whose ranks included two parents and the Sydney Symphony Orchestra’s concertmaster, were the guest artists, and performed a brilliant program with the choirs including Remirez’s La Peregrination.

2014 was unlike any other. The choir had prepared a special program to commemorate the 100th Anniversary of the Christmas Truce of the First World War, where both sides of the trenches laid down their weapons and sang Christmas carols together including Silent Night. The program was documented on the ABC’s 7.30 and included Sydney Symphony percussionist Rebecca Lagos playing Lyn Williams’ arrangement with the choir of Silent Nightwhich echoed its performance during the war.

On the morning of the first of two performances in December 2014, the Lindt Café siege occurred which brought Sydney to a standstill. Office buildings were cleared out just 11 days before Christmas, as the previously buzzing CBD became a ghost town. Voices of Angels was scheduled to happen just next door at Angel Place, and was rescheduled until the next evening as the events unfolded. The choir’s moving performance was dedicated to the those who lost their lives in the siege, and a reminder of the power of music to bring us together, and especially the hope that we have in our young people.

Then in 2015, the young women of the Sydney Children’s Choir and Gondwana Voices performed Lyn Williams’ superb arrangement of Vivaldi’s Gloria, performing the entire work from behind a veil, as it would have been premiered in 17th-century Venetian Ospedali – orphanages where abandoned girls received expert music tuition. Complementing this, the young men of the choirs performed Handel’s moving Anthem on the Peace, written just a few years later for orphans at London’s Foundling Hospital.

The 2018 Voices of Angels included a performance of Süssmayer’s Das Namensfest, in a delightful staged production, including members of the SCC Junior Performing Choir. Alumna Alexandra Oomens also performed Mozart’s stunning work for soprano and orchestra, Exsultate Jubilate, followed by the Porpora Magnificat.

In 2019, Gondwana Choirs’ Associate Artistic Director Sam Allchurch led the choirs through a program inspired by The Twelve Days of Christmas, including the premiere of new works by Sally Whitwell and Joseph Twist.

Then came the COVID pandemic, and Voices of Angels was put on hold. One parent commented ‘…they’ve cancelled Christmas!’ – such was the love felt for the concert from families of the choir. As restrictions began winding back as the months went on in 2020, group singing was still on hold, and the concert was not able to proceed in 2021.

Now, for the first time in three years, we are just 20 days away from Voices of Angels. Choristers from across the country will fly into Sydney for the performance, and so will the Hunter Singers, and for the first time, the New Zealand Youth Choir, whose performance with us marks the final concert of their Australian tour. The many ensembles of the Sydney Children’s Choir have been rehearsing for this performance all term and will sing works by Sam Weiss, Sally Whitwell, and Jessica Wells.

On the program for this year is Benjamin Britten’s Ceremony of Carols, performed in full for the first time since 2006, once again with harpist Genevieve Lang and conducted by Artistic Director, Lyn Williams AM. Whole generations of choristers have come and gone since the work was last performed in its entirety at Voice of Angels.

This year, Voices of Angels will return home to the place where the story all began – the Sydney Opera House Concert Hall.

So join us and over 300 delightful young singers from across Australia and New Zealand as we present Voices of Angels. Take your seat in the newly refurbished Concert Hall and be reminded of the power of young voices to uplift and inspire.