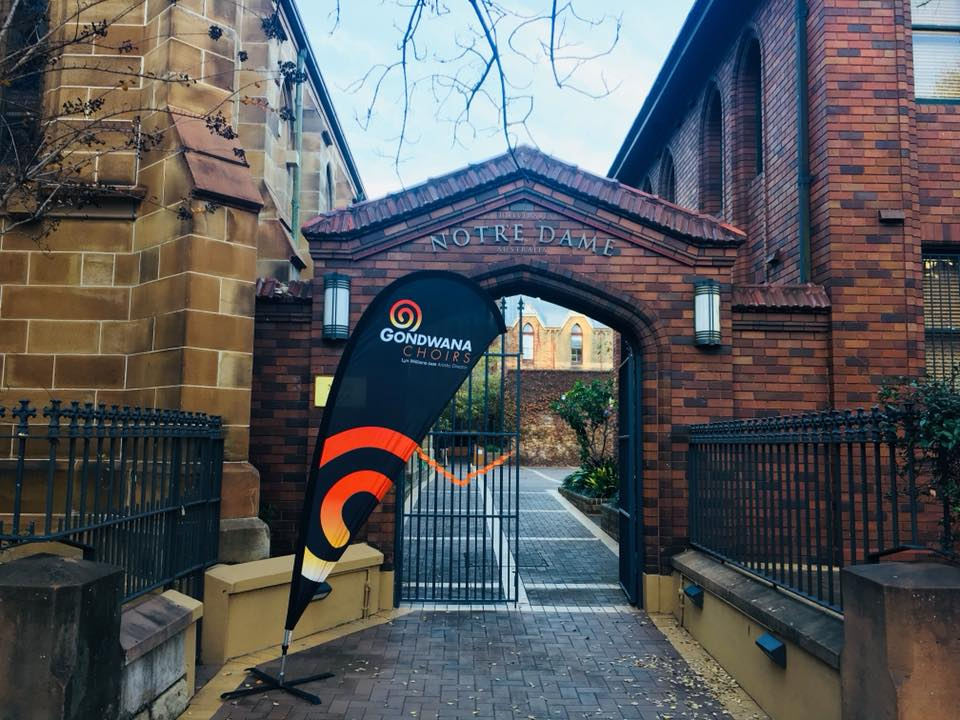 In June, The University of Notre Dame Australia opened its doors to its Broadway campus to offer Gondwana Choirs the opportunity to rehearse in St Benedict’s Hall.

Australia’s most respected choral organisation for young people, Gondwana Choirs, is taking up residency at The University of Notre Dame Australia’s Broadway campus from June 23, 2018. The choir, which was founded by Lyn Williams OAM in 1989, will be based at the university for the next two years while its home base at Millers Point is being refurbished.

“We are delighted to throw our doors open and offer Gondwana Choirs a temporary home at Notre Dame,” said Professor Margot Kearns, Interim Head of Campus in Sydney.

“The presence of these talented choristers can only enhance the cultural life of the university.”

Under the new arrangement, Gondwana Choirs will hold all of its rehearsal sessions at St Benedict’s Hall, part of Notre Dame’s Broadway campus. Bernie Heard, Executive Director of Gondwana Choirs, said the company was grateful to find such a great rehearsal space in the heart of Sydney and looked forward to working with the University.

“The hall is an excellent rehearsal space, while St Benedict’s Church naturally has fantastic acoustics for choral singing,” he said. “The university’s location on Broadway is easily accessible by public transport – and very welcoming for our families, especially those with young choristers.”

Gondwana Choirs will open their doors to the local community and stage some open rehearsals at the University over the next few months, and will also share special discounts to their high profile concerts for University staff and students. Details will be released by the choir at a later date.